Ever since I was young, I loved doing voices. I would mimic the cartoons I saw on TV and could remember entire scenes from shows with unsettling accuracy. This seemed to impress and delight my parents, so I figured I’d keep doing it. Don’t forget – voice acting IS acting, and I got involved with theater at an early age. I started in community theater appearing in musicals every summer. When I reached high school I starred in shows like All My Sons, The Music Man, and The Nerd. I studied theater at Hofstra University and began exploring sound design in addition to acting. This is where I learned how to record, mix, and edit audio as I became the go-to source for sound design assistance on various student-lead productions. My first voice over job came from a software company called Accountants World and since then I have done commercials for a variety of clients. I learned very quickly that there’s more to a successful voice over than just having a good voice. I continue to learn with every job that I do. I hope your project will be next! 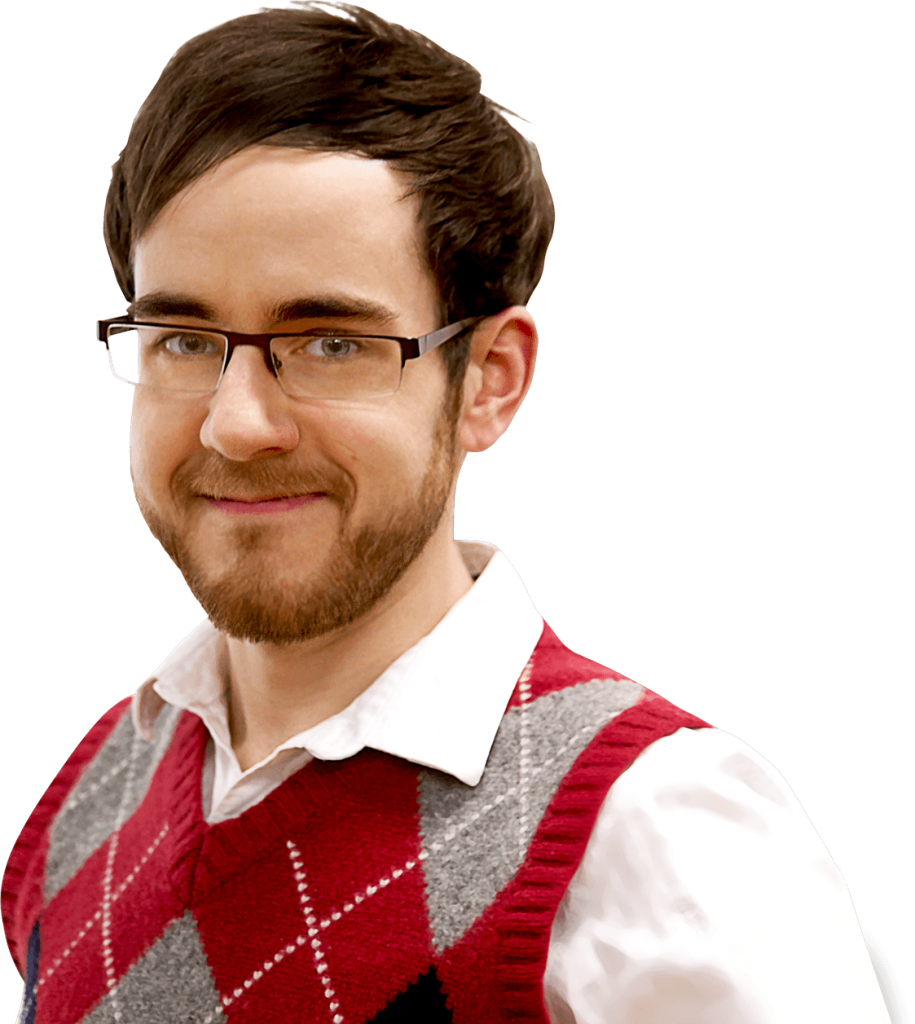 I record all my work in an acoustically treated booth that is equipped with a monitor, mouse, and keyboard, allowing me to work quickly without ever having to print a script. I record using a Studio Projects CS1 microphone which fits my voice very well. I edit everything using Adobe Audition, and use an arrangement of tools that I carefully created to bring out the best in my voice – but I’m always finding new ways to improve it! All samples of my work on this website were recorded in my home studio. This means that any work I do for you will have the same level of quality you hear in my demos (and I can turn around work quickly since my commute is rather short!)

Other Stuff I Do

In addition to doing professional voice overs, I have been the creative director at the digital agency Generations Beyond for 10 years. In that time I have been involved in hundreds of logo, website, and marketing projects. Basically, I’m really good at Photoshop!

I’ve been creating electronic music since I was 14, starting with creating chiptunes on an old computer. Now I have a small synthesizer studio along with my voice over studio where I compose all sorts of tunes. You can hear some of my music at the link below!

I collect, play, fix, sell, and design pinball machines. Pinball has been a lifelong hobby and I have learned a lot about art, sound design, and physical restoration through this hobby. I also created a digital pinball machine called Junkyard Cats that you can download for free below!